You would think that a city which hosts the Alhambra has nothing else to prove but there are hidden gems all over this place.

The Granada City Centre is beautiful and has winding old streets that lead to squares where you can have a sip of Sangria or beer along with some Tapas. Shopping for souvenirs is a delight, with various handcrafted moorish art.

Do try some of the delicious cured meats or dive into Marrocan style tea houses. Just ask the server what they recommend as most places in the centre hire expats and work-and-travel students so English is common. 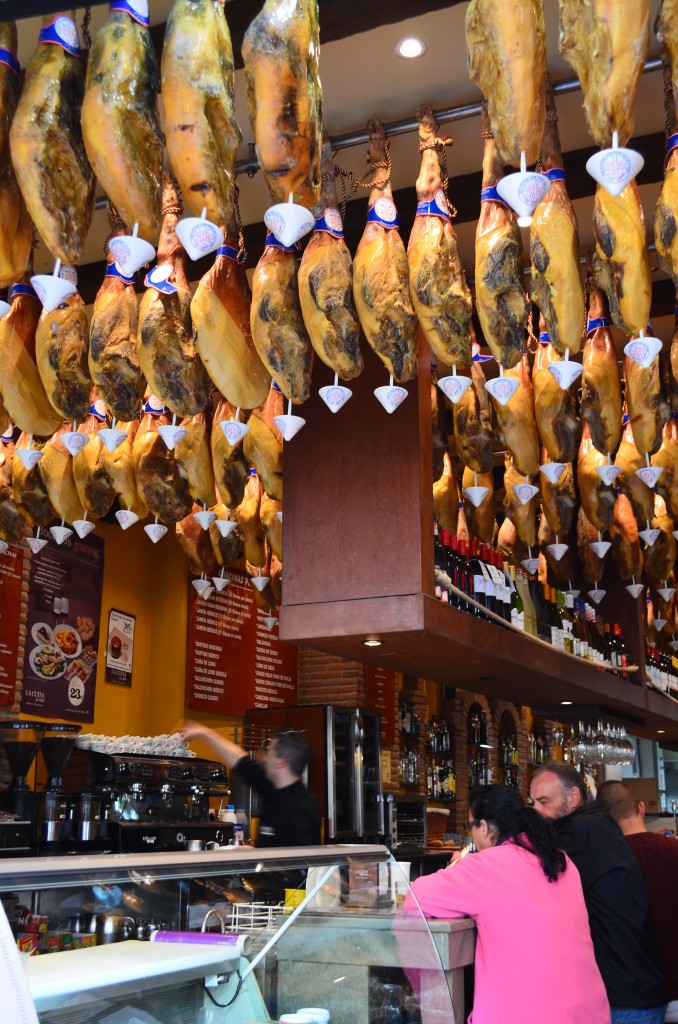 The sun bounces off Christian Cathedrals and churches around town. 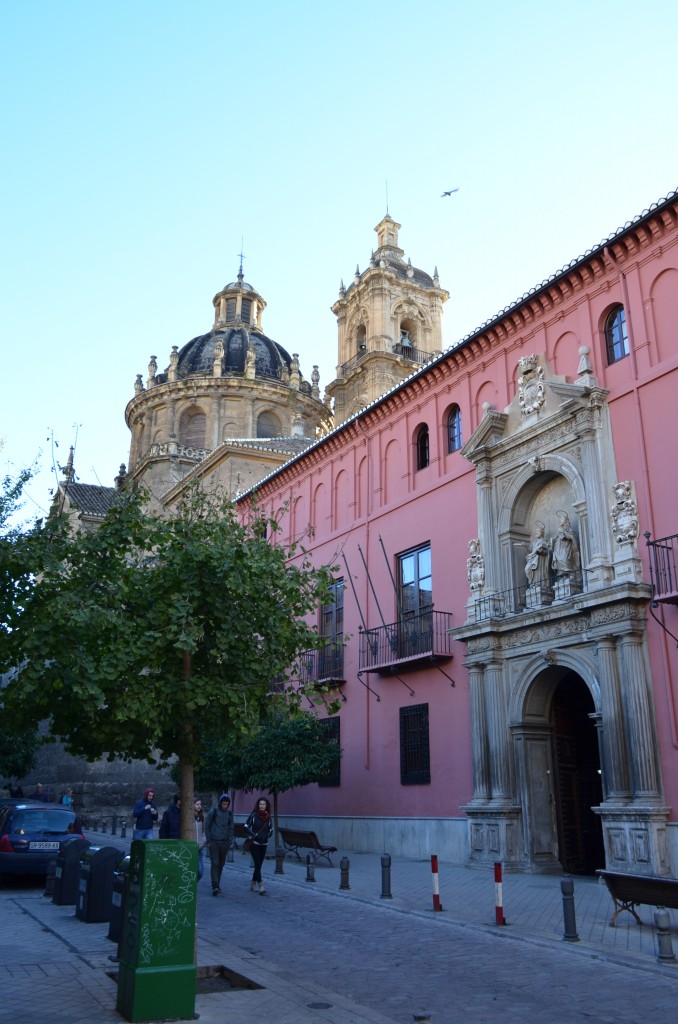 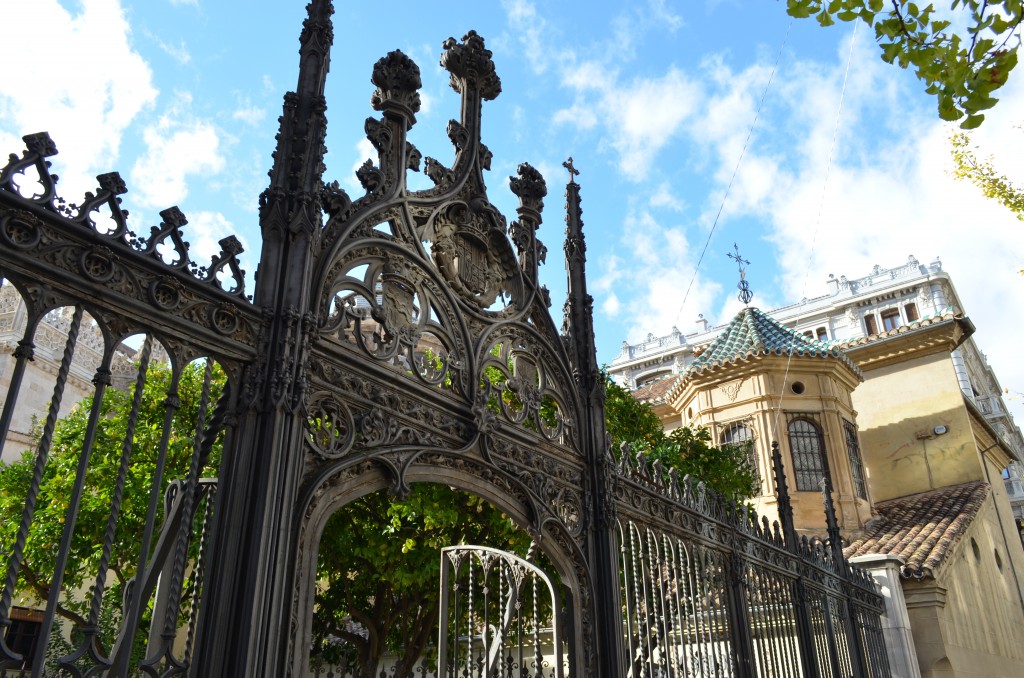 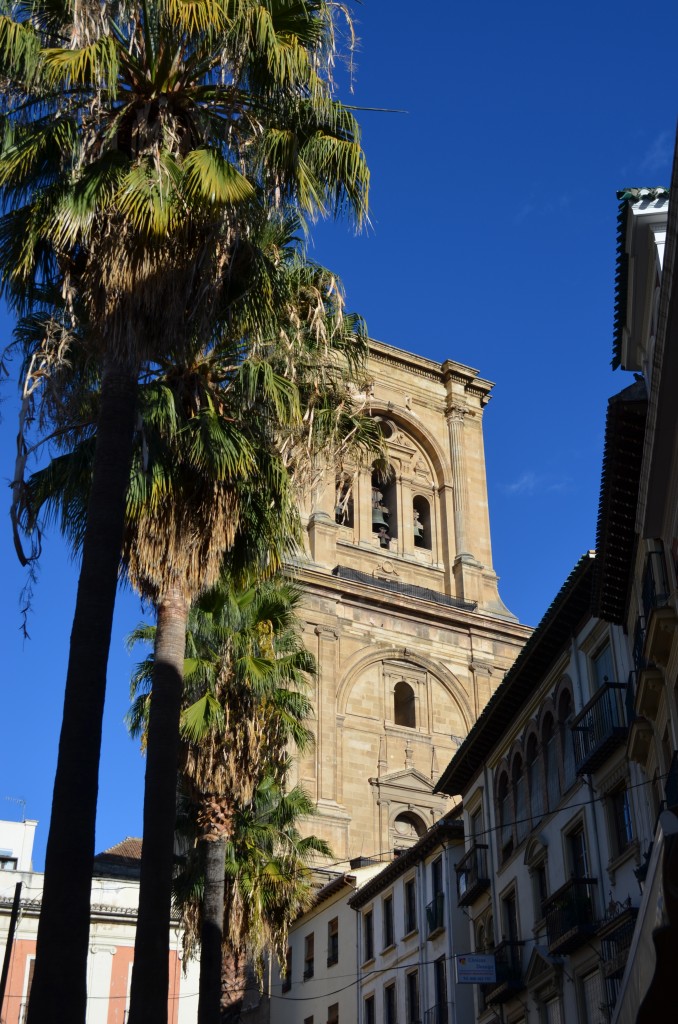 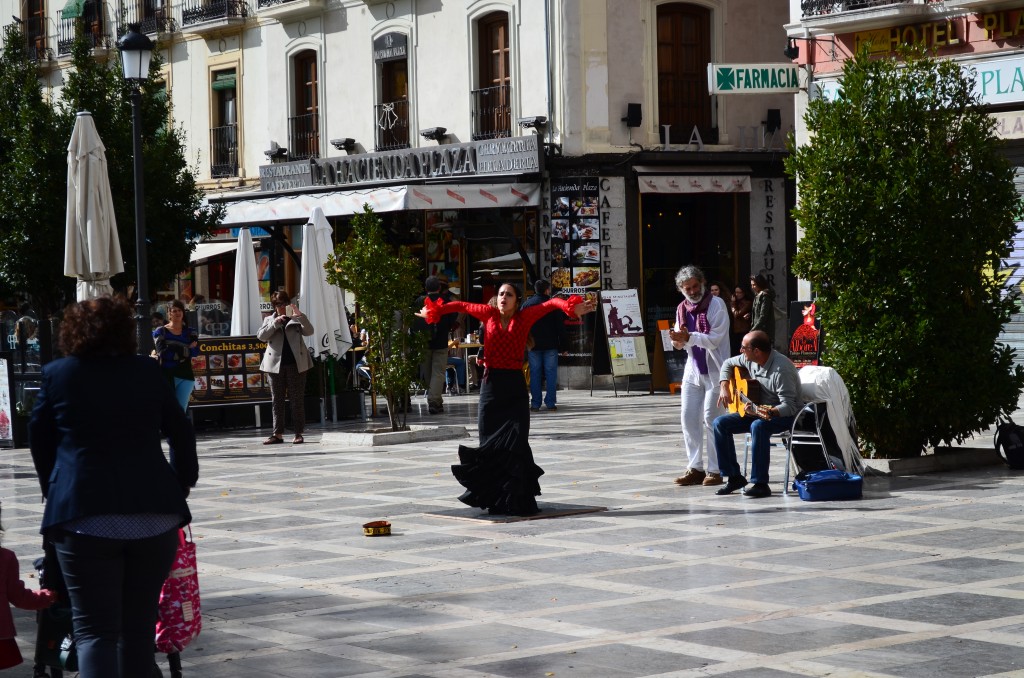 Above, street performers warming up the public for the Flamenco acts that animate the evening.

Below, a picture of the Alhambra from the Albaicin hill. The red fortress is a permanent presence for the inhabitants of the houses carved into the hill.

This area is know as the birth place of Flamenco, where the romani families that called these caves home in the 1700’s invented this art form. 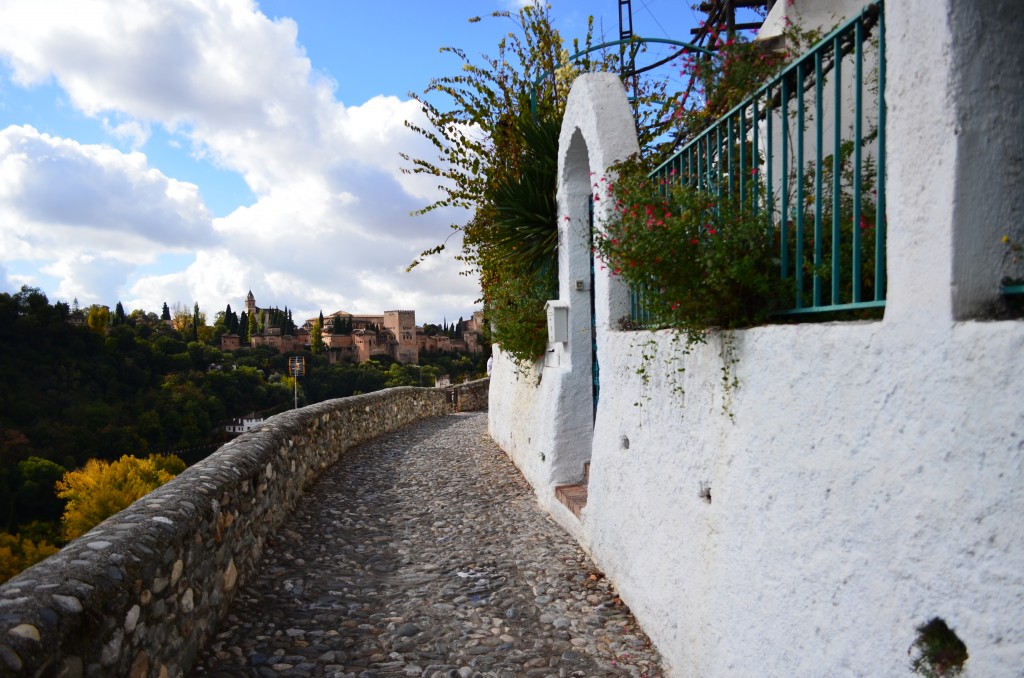 The Cathedral of Granada is seen in the distance. Isn’t this white yard just gorgeous? 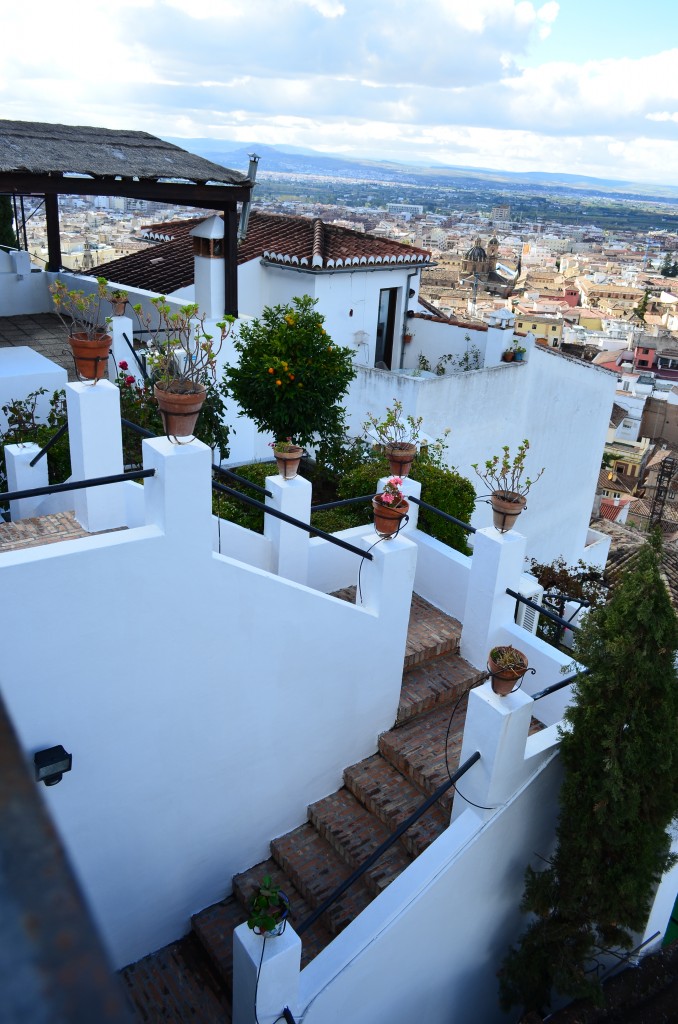 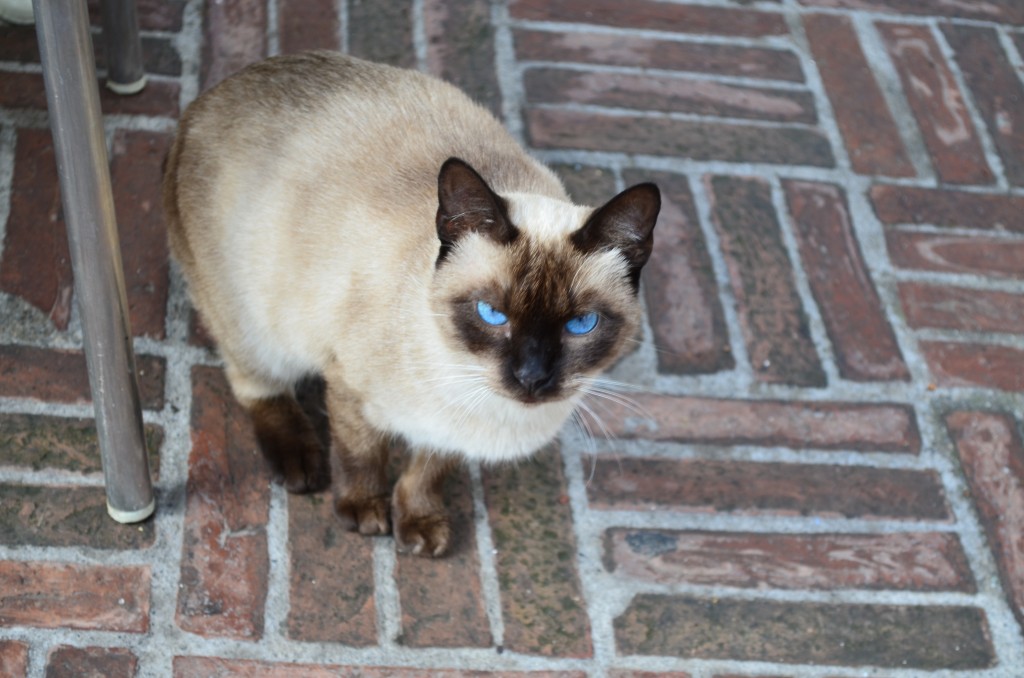 Just one of the many cats that like to hang around the Carmens of Granada. 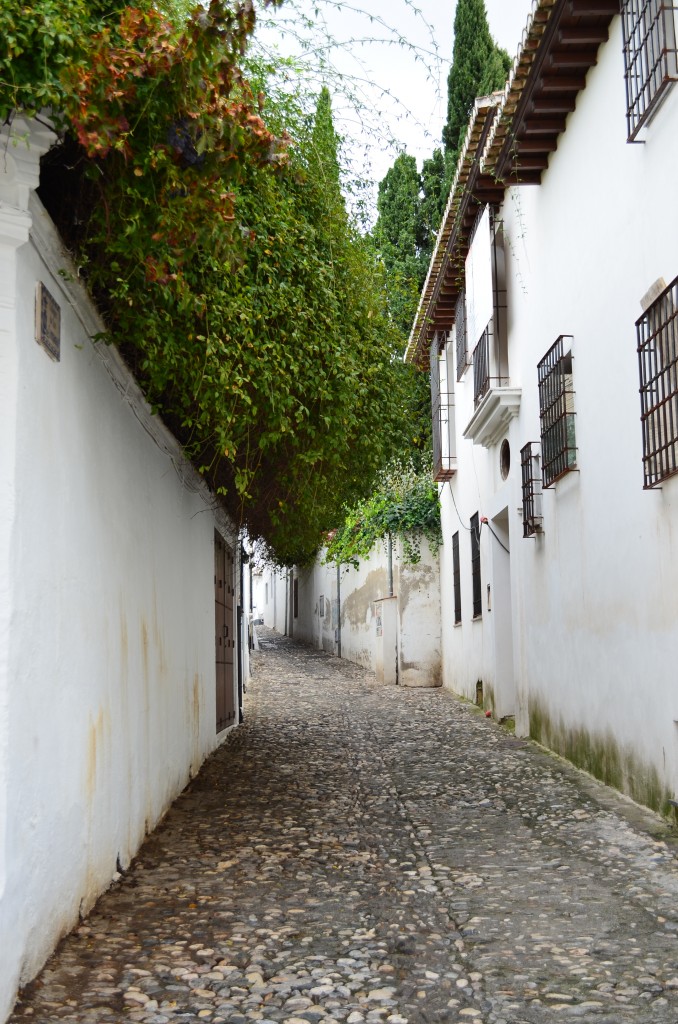 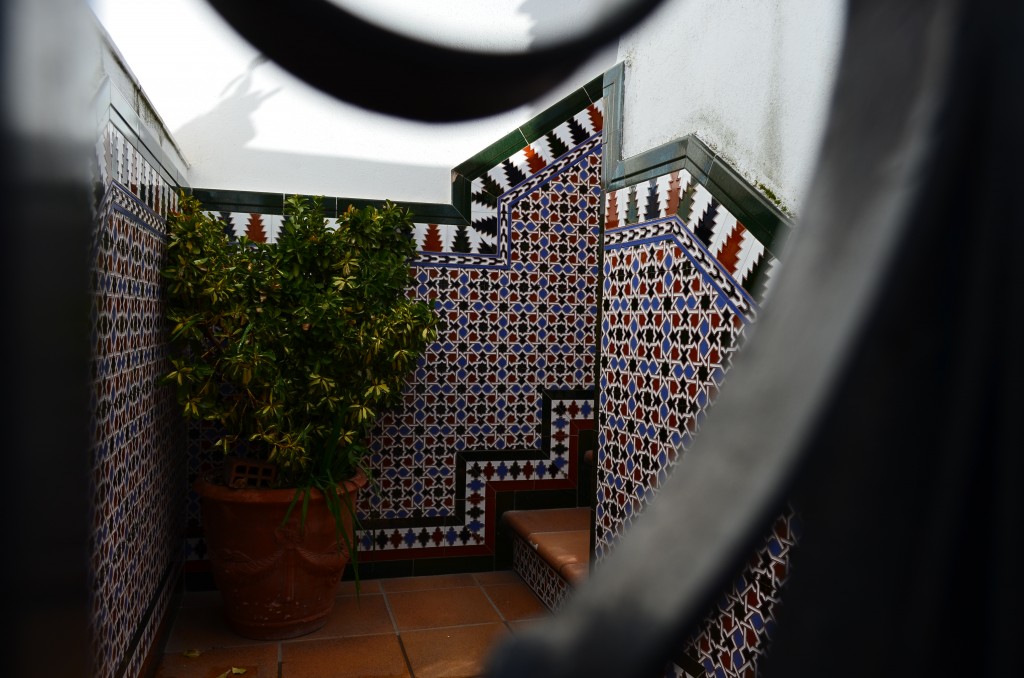 We finally decided on a flamenco studio and took our seats, ordered some Sangria and began wondering about the two empty chairs on the stage. Before the show started though, we noticed a Japanese family entering the studio. The old lady was wearing a traditional Japanese garment complete with wooden flip flops. So delicate and quiet was that woman, a subtle smile adorned her face and we could not have enough of the culture mix phenomenon that we were witnessing. 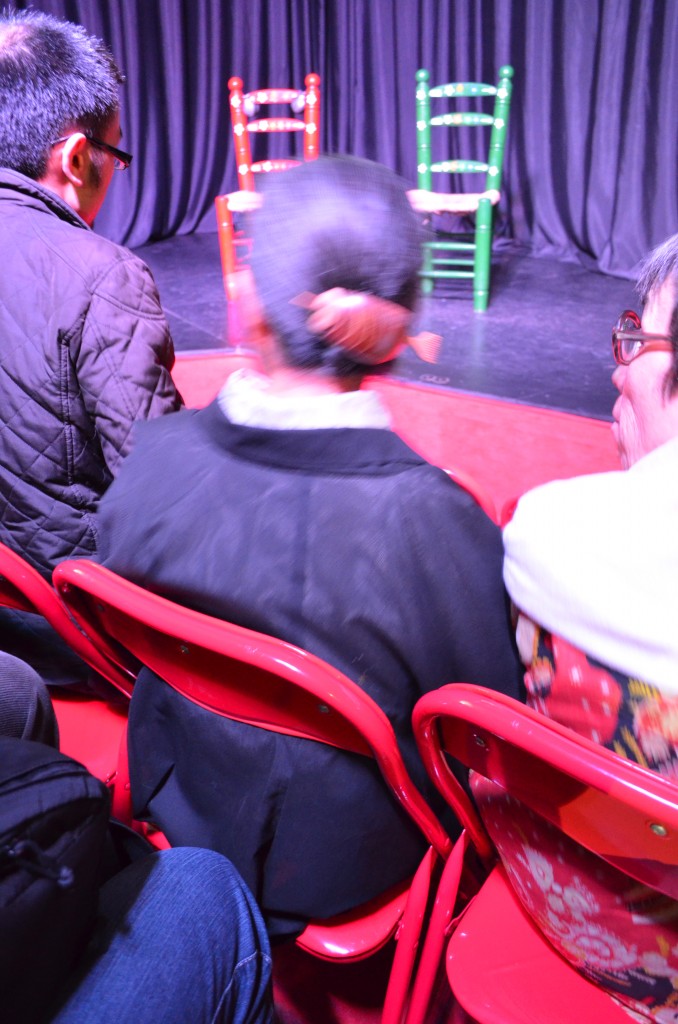 But then the show started and we could not take our eyes off the performers. So much raw emotion that transcended language through dance and percussion.

Words are not enough to describe this place. I’ve been wanting to visit the medieval fortress for many years and the anticipation as you walk the Cale Real de la Alhambra with the tickets in hand is a thrill on it’s own.

Dont wait to buy your tickets when you get there, buy them online before your trip as entries per day are limited and you dont want to make it all the way there and not be able to visit. We bought a daytime General ticket and a night visit ticket and got our fill.

At the ticket hall entry you can get a recorder with info on each location which really helped us understand the history and reasoning behind the strange mash-up of buildings, one more ambitious than the other. 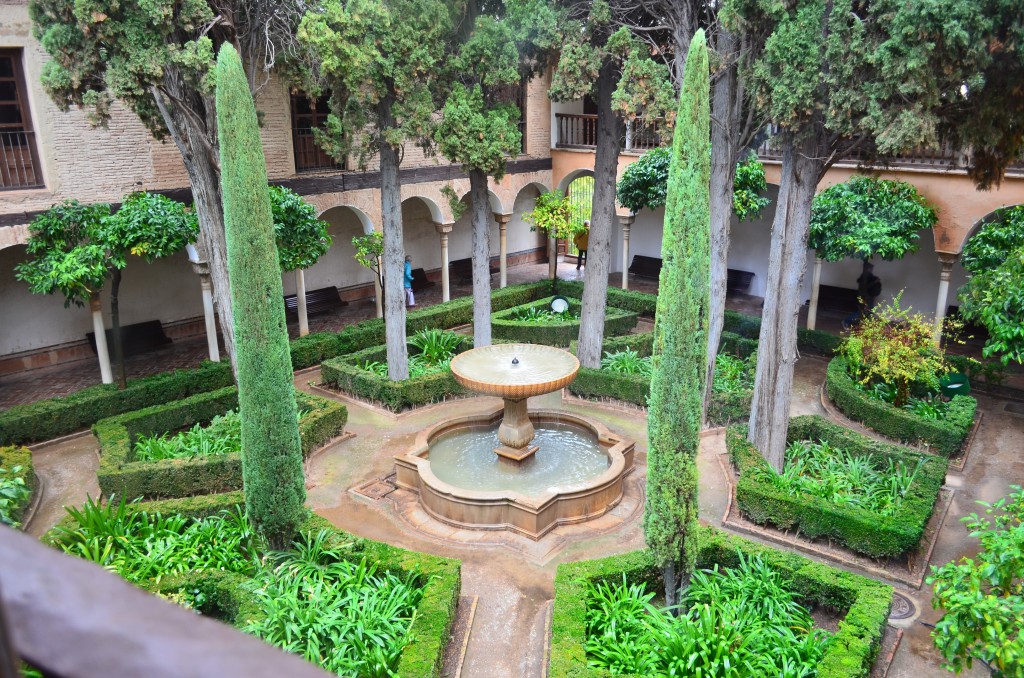 I dont want to spoil the surprises that await you so I’ve chosen some pictures that just hint at the gardens and buildings that make this place a moorish fairy tale. 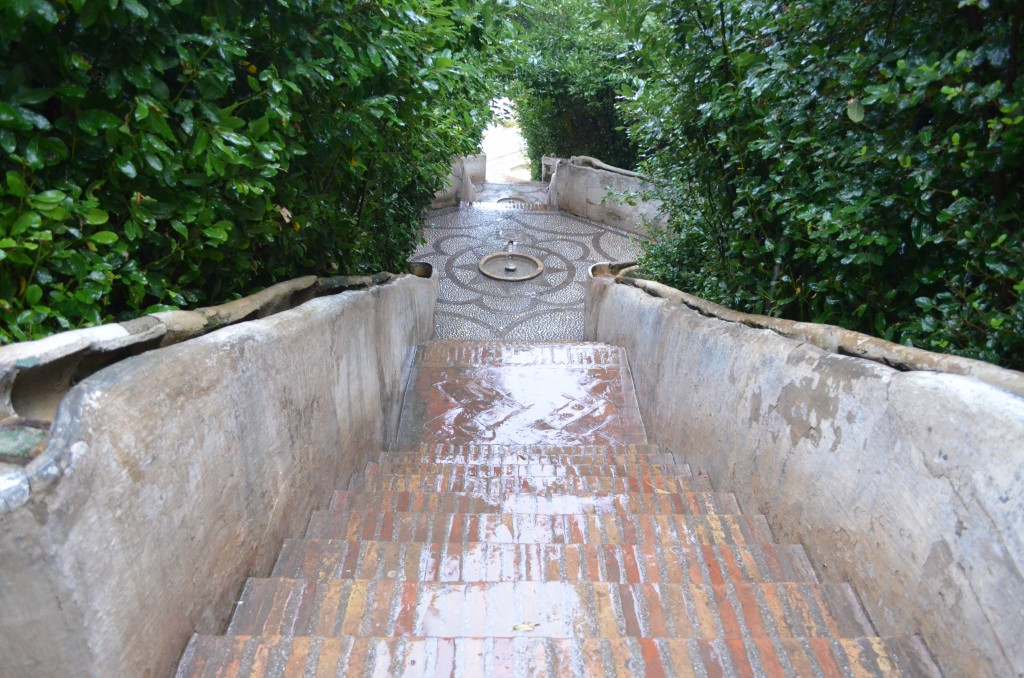 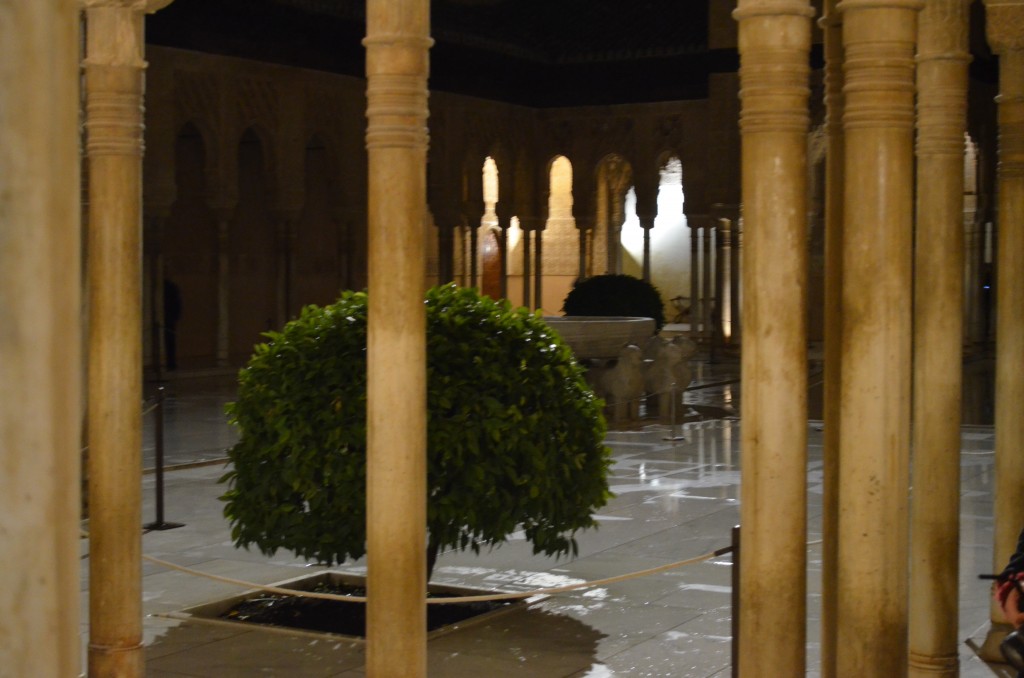 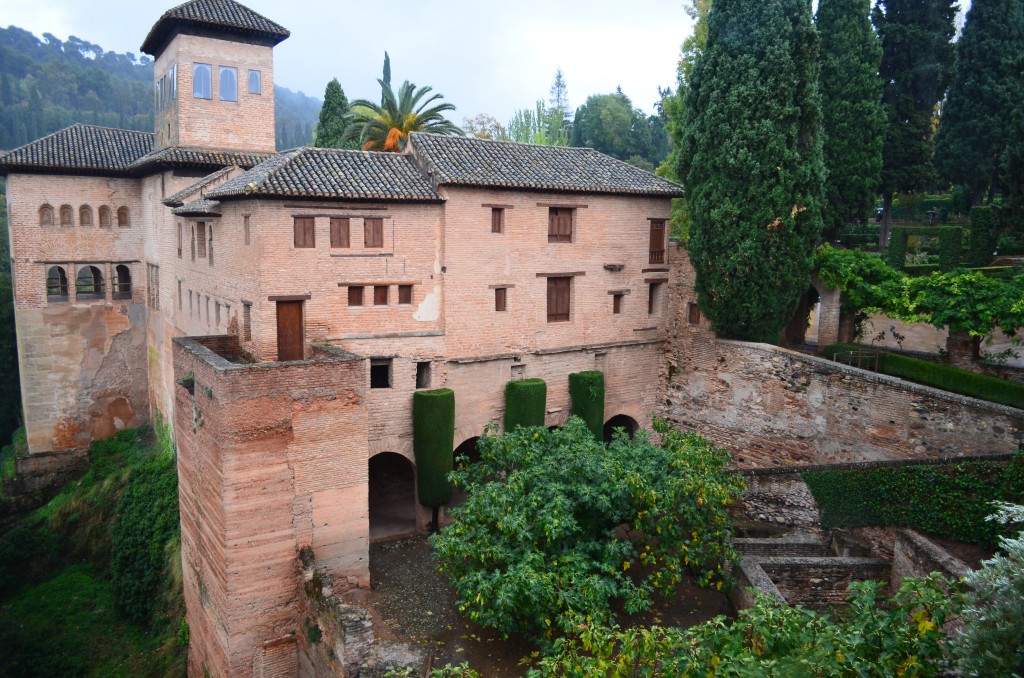 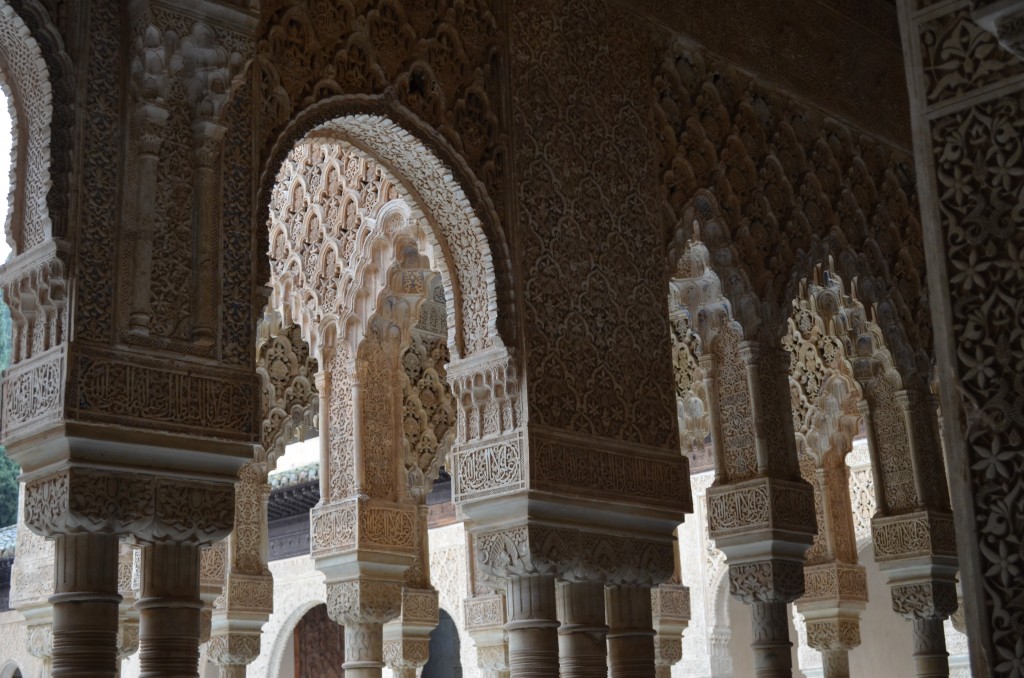 It’s a labyrinth of stone lace with heavy air. The Alhambra does not let you forget history and as you go from hall to garden to balcony and fortress you get instantly transported back to the time when it was inhabited. The rulers of these castles would surely have been interesting people and as you walk in their private chambers and judgements halls you can’t help but feel a little out of place…a commoner just waltzing through the scene of complot, terror, love and power.

From every tree leaf to the farthest star in our universe, this castle complex strives to catch in stone and plaster the symbols for every fundamental and indeed universal element of life. 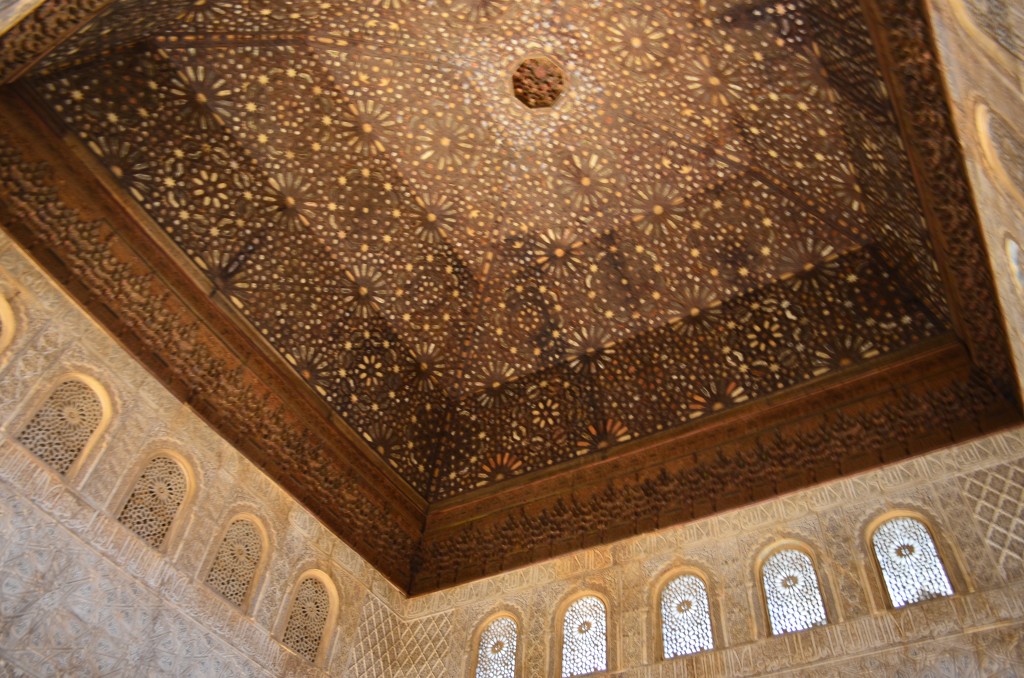 Nasrid Palace Throne Room with a wooden ceiling depicting the 7 heavens of Paradise. 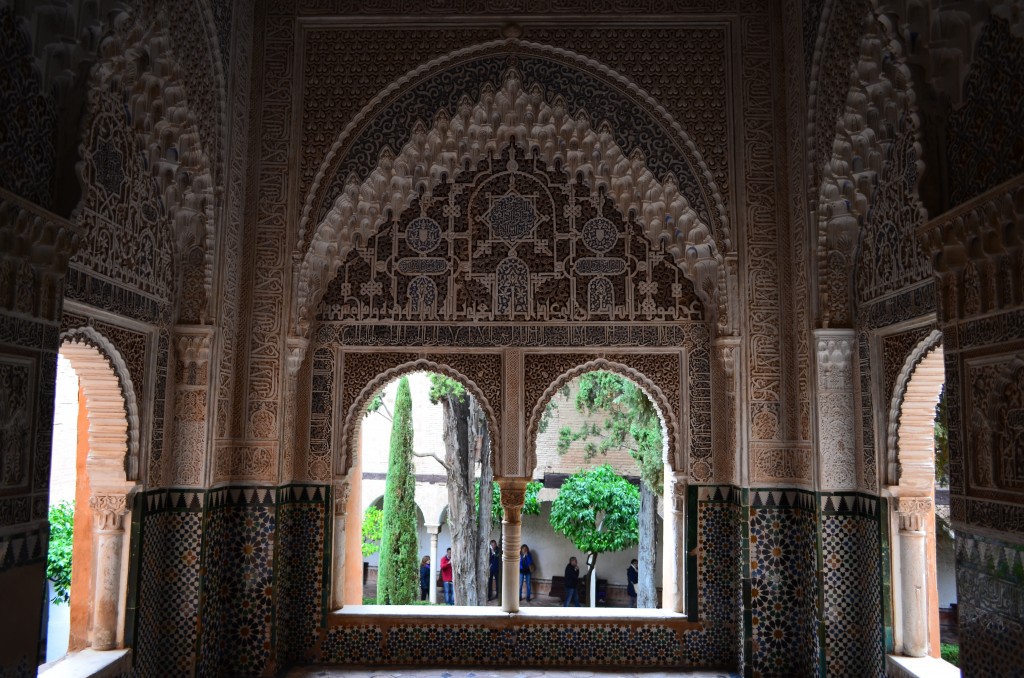 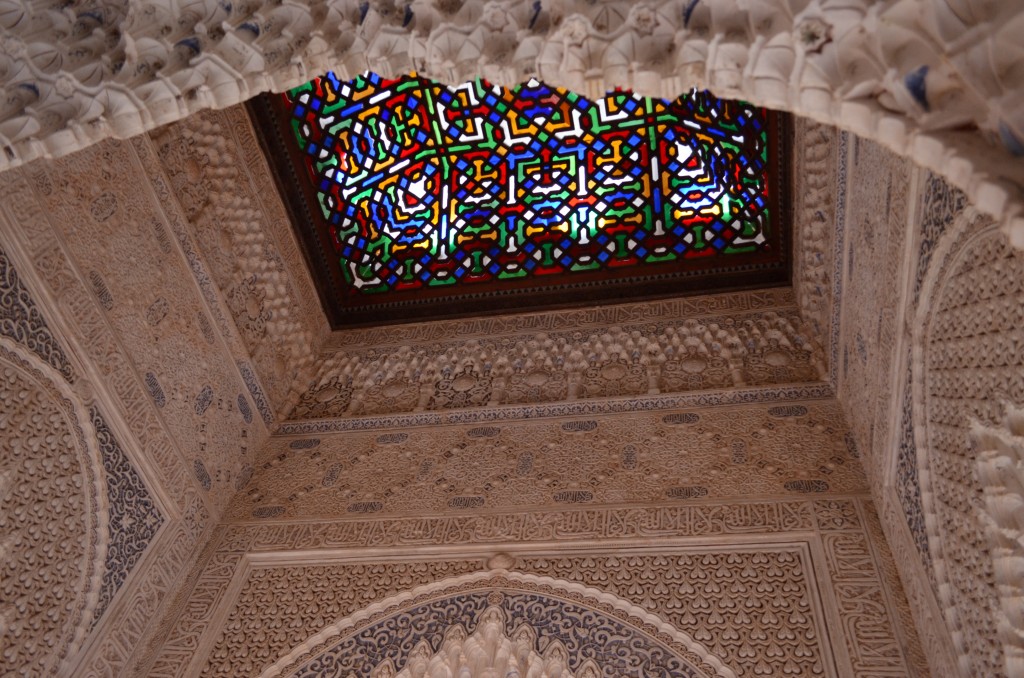 We found this museum during a morning walk and from the outside it did not look like much but it turned out to hide an intriguing story. The garden, the grotto,  the underground tunnels leading deep into the hill are all part of a fantasy realm this eccentric artist created with what would be today many millions of dollars. 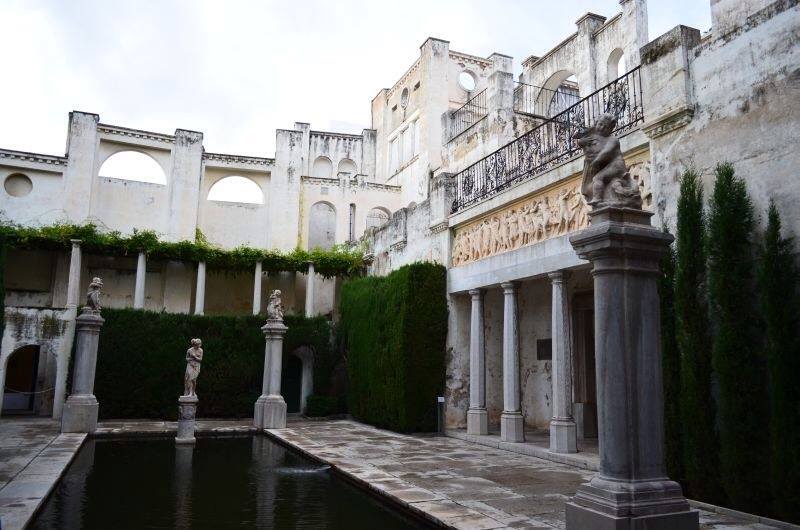 The architecture of the complex is one of a kind and luckily all admissions come with a tour guide ready to answer any curiosities you might have about why and how this house and everything in it and under it came to be. 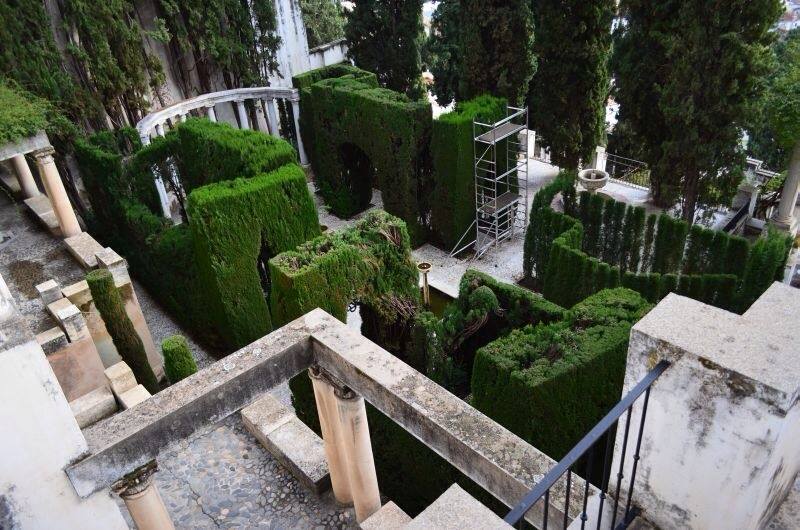 This guy must have been really frustrated to live with the famous Alhambra so close so he decided to bring back every aesthetic he ever came into contact with on his many travels and keep it all for himself. For the trained eye, this can be a horror show or a delight. 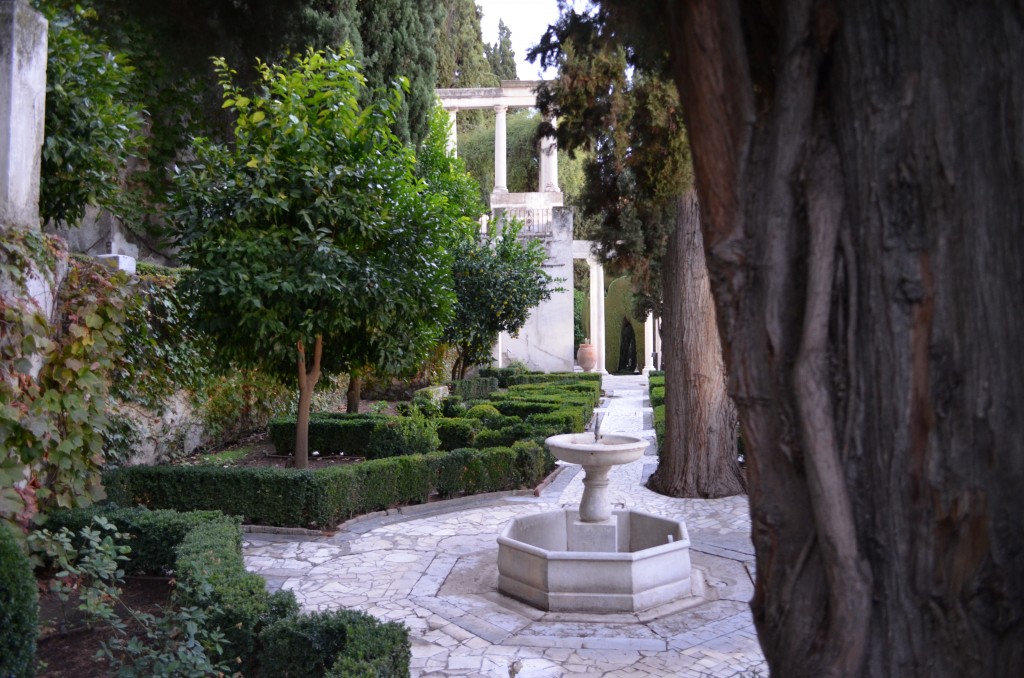 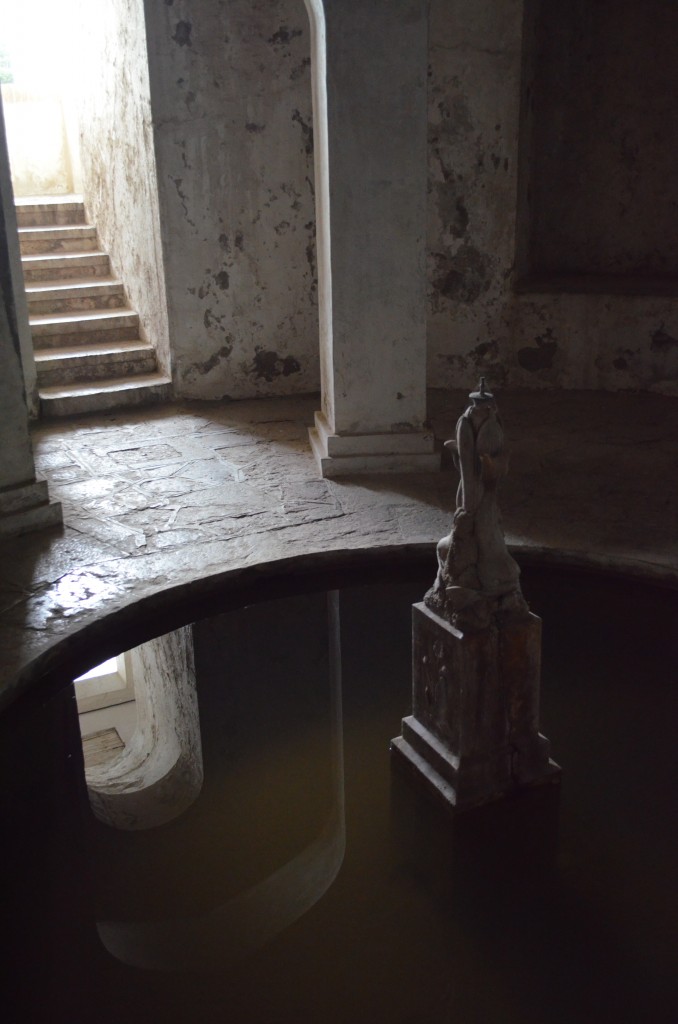 The statue in the middle of the underground pond represents koy fish. The area unites two passageways from the garden and then leads into a series of underground tunnels originally made during the same time that the Alhambra very much still in use.

That was probably why Jose decided to build a house right on top of it that later became the museum housing his collection of art from all over the world. 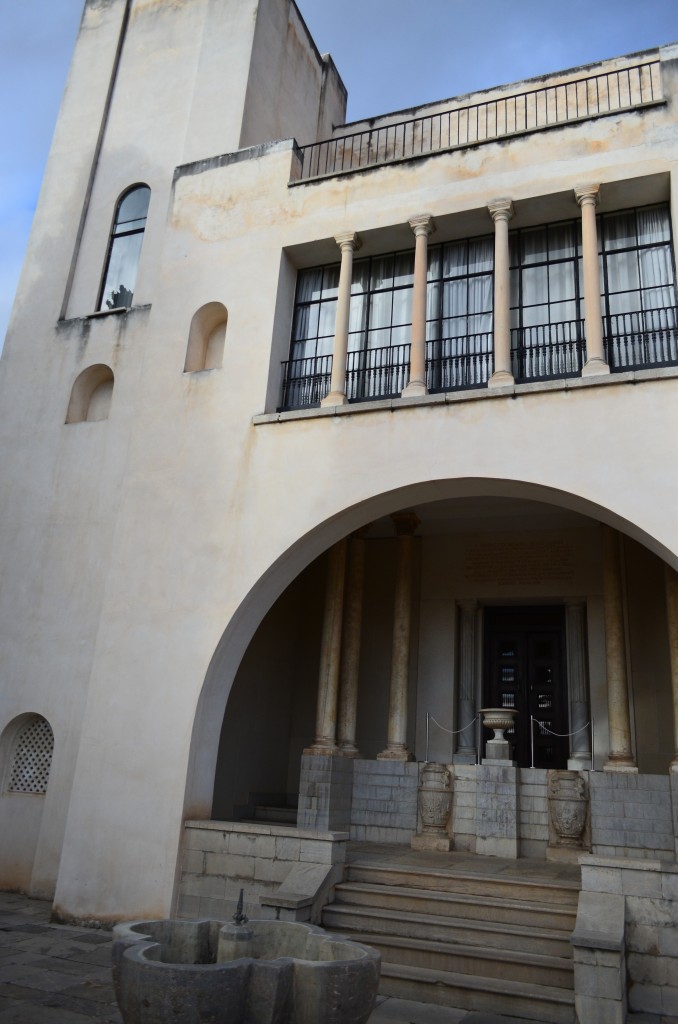 We will never forget the time we spent in Granada: a city so fruitful, so musical and warm. 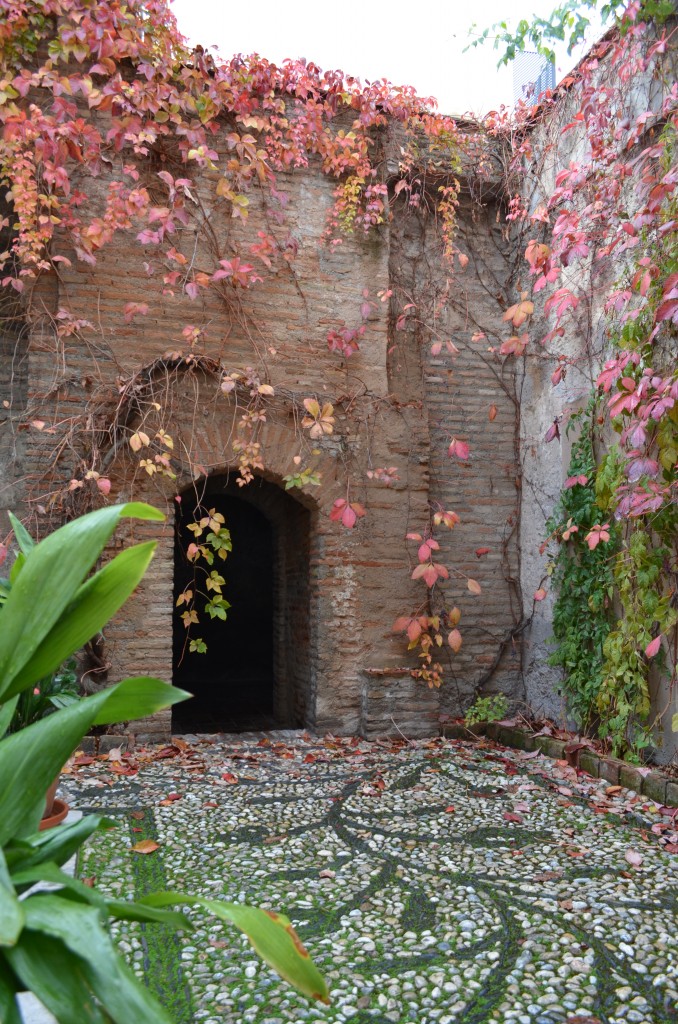