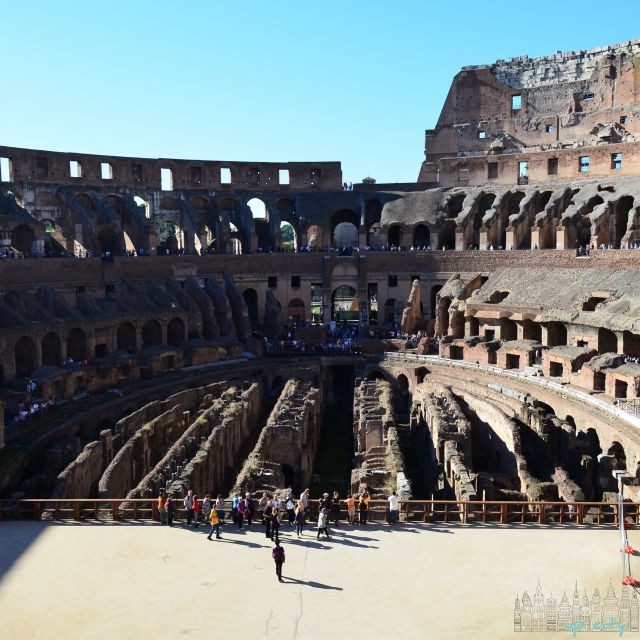 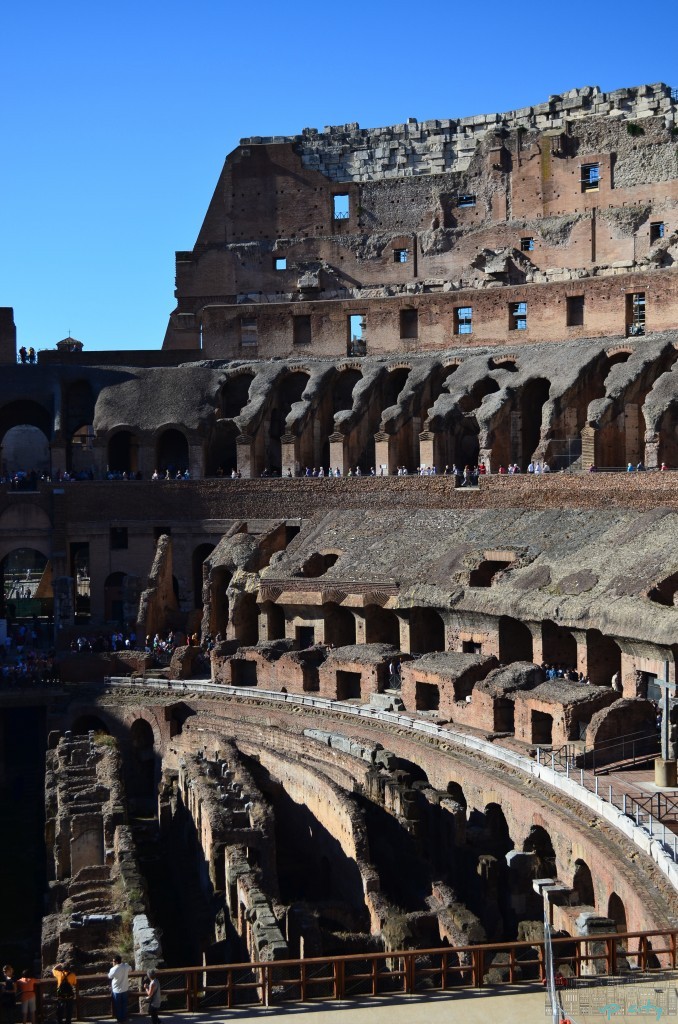 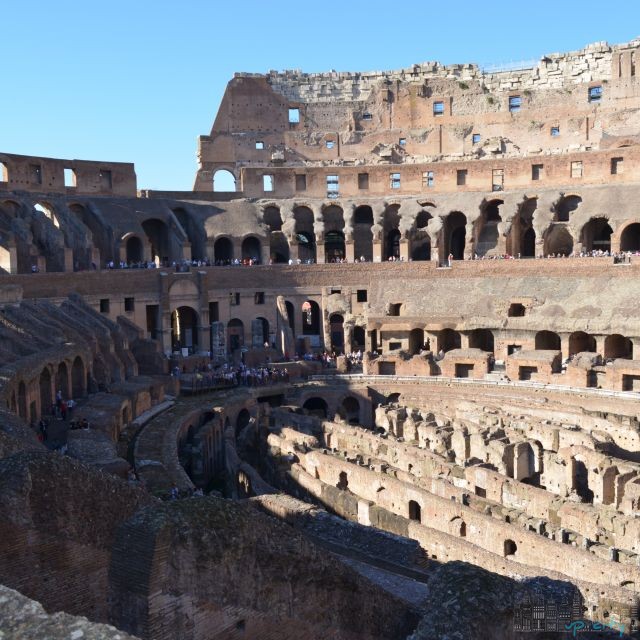 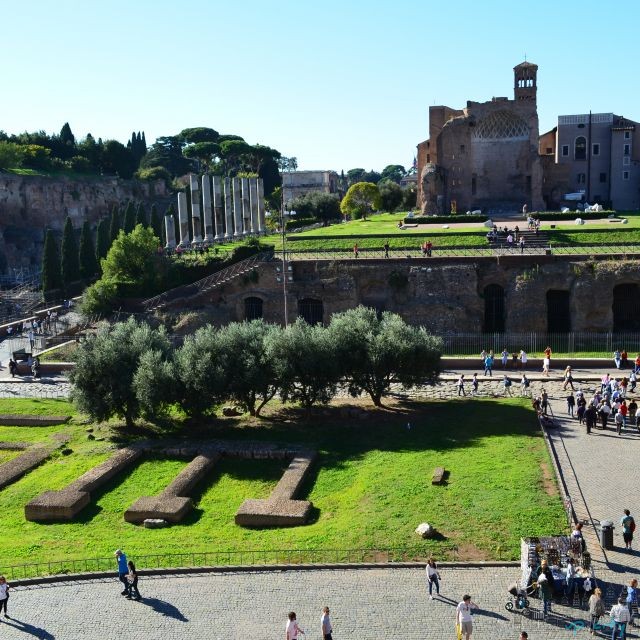 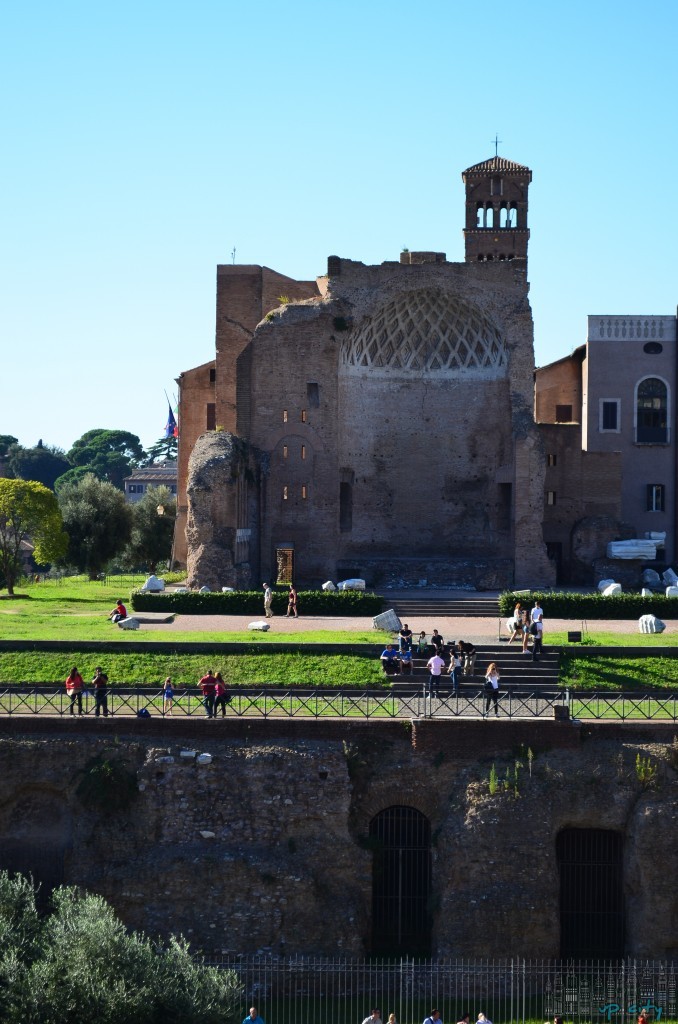 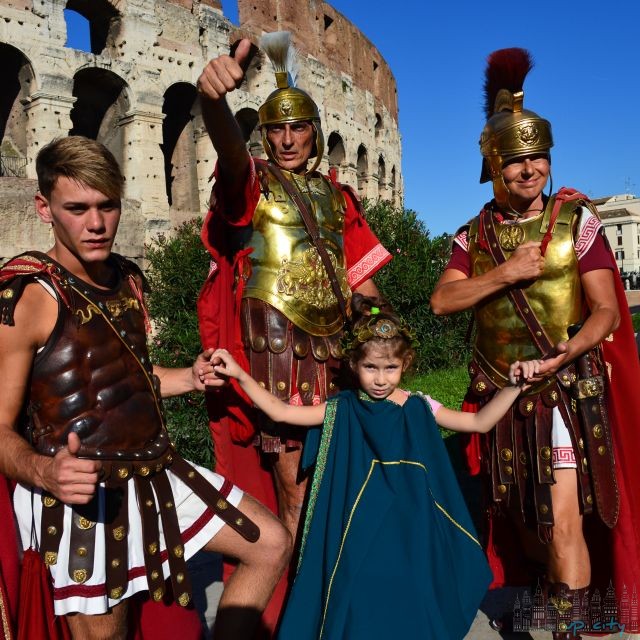 From the Coliseum, there are landmarks as far as the eye can see.

The Arch of Titus tells the story of first century Emperor Domitian’s brother’s victories. This construction is the inspiration for so many arches from all over the world that I don’t think Domitian could have found a greater way to commemorate his brother Titus. 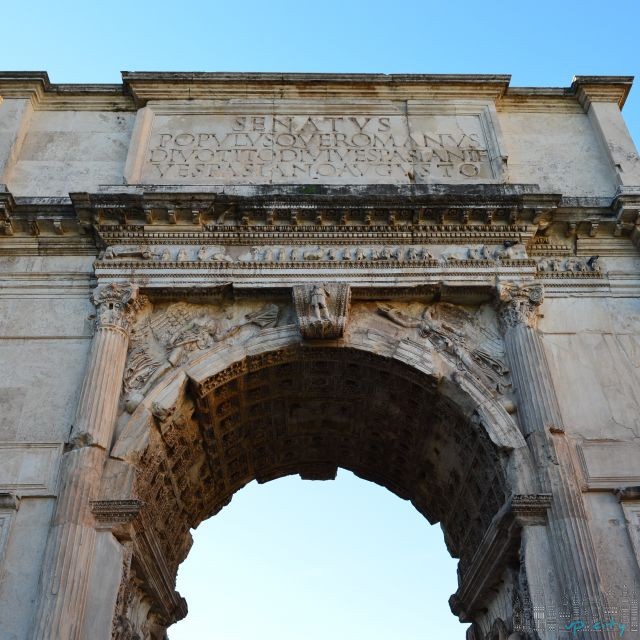 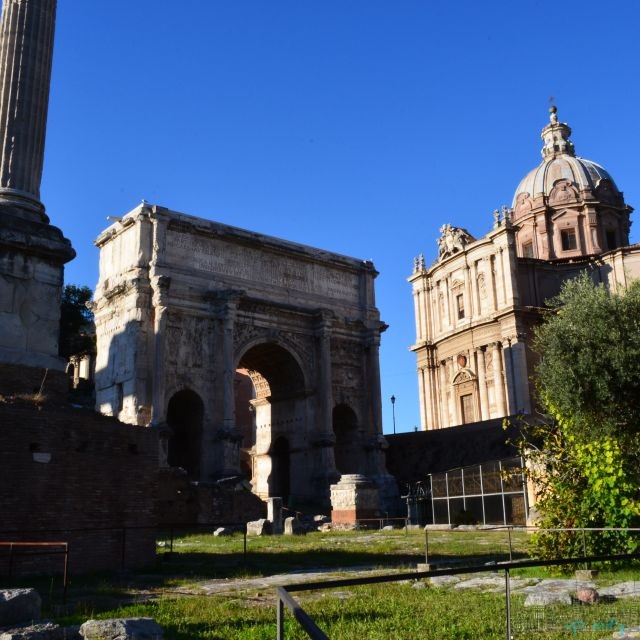 Go through the Arch and you will find yourself right in the middle of the Roman Forum & Palatine Hill. For history enthusiasts, the energy of this must be unique.  The area requires a separate ticket than the Coliseum but once you get in you can walk along freely for as long as you want. An info book is handy if you want to know what you are looking at.

This next landmark is of special significance where I come from. The Trajan Column is one of those things that you hear about so often in middle school that you dont think it’s real anymore. The column is wrapped around in images depicting (probably epic) wars between the Romans and the Dacians around the year 100.

While I couldn’t get too close to personally check, I am quite sure that the Dacians won. 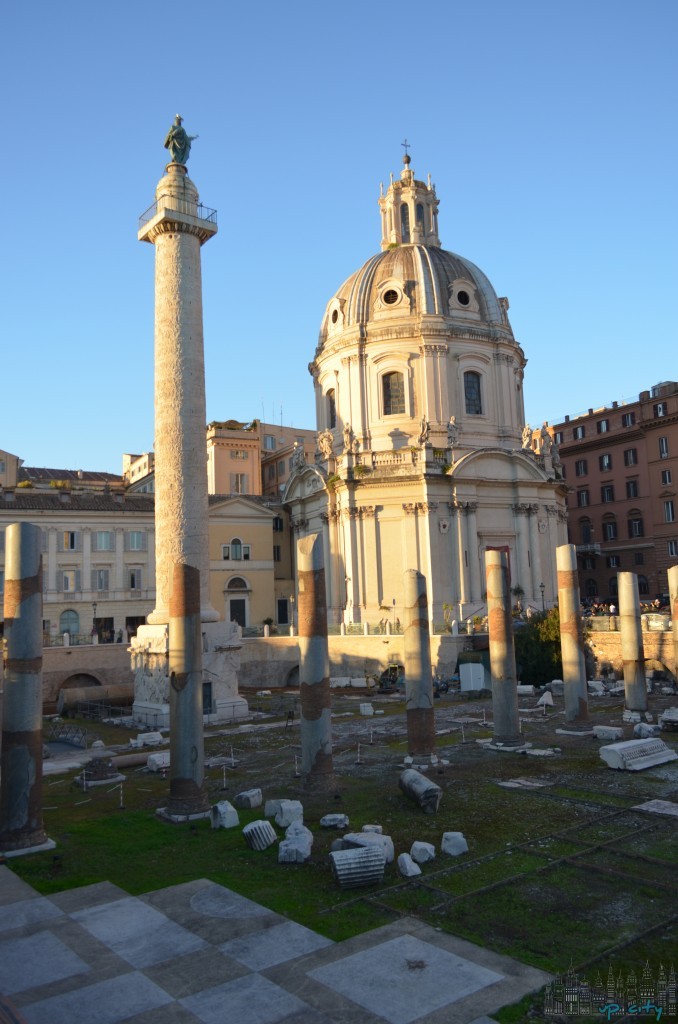 The Vatican Museum is listed as a must-see in all guide books and as a result is over crowded and very impersonal. However, there are some places within the museum that just spoke to me, for example this magnificent spiral stair case that takes you down towards the museum halls. 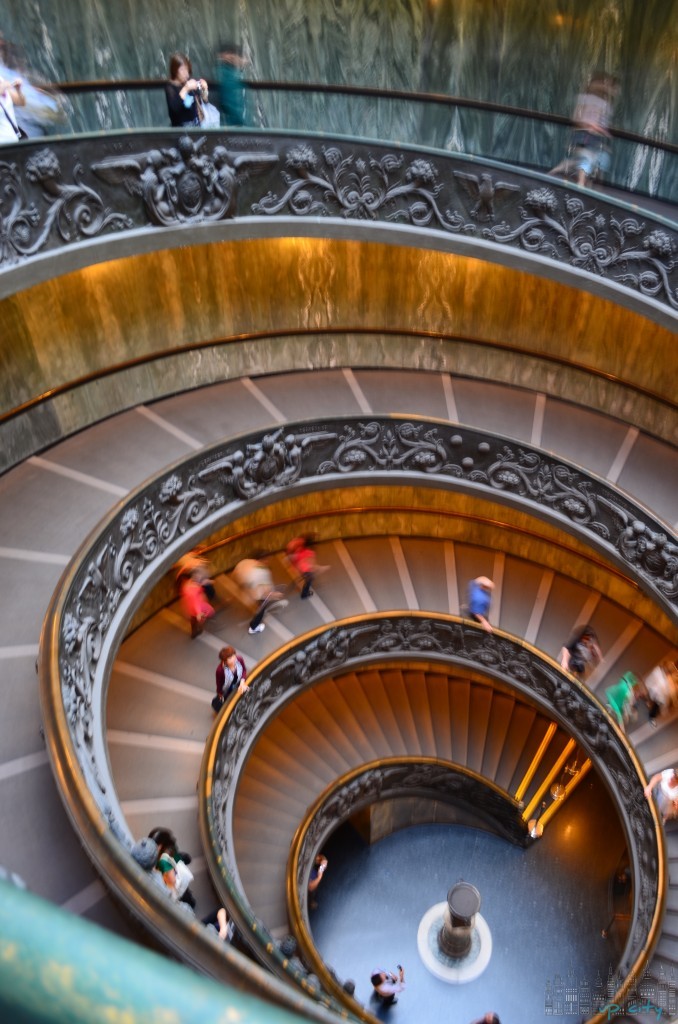 You need lots of patience to get through the crowd. The faces of ancient Roman citizens are lined up against the wall, with cut off noses and redesigned hairstyles. 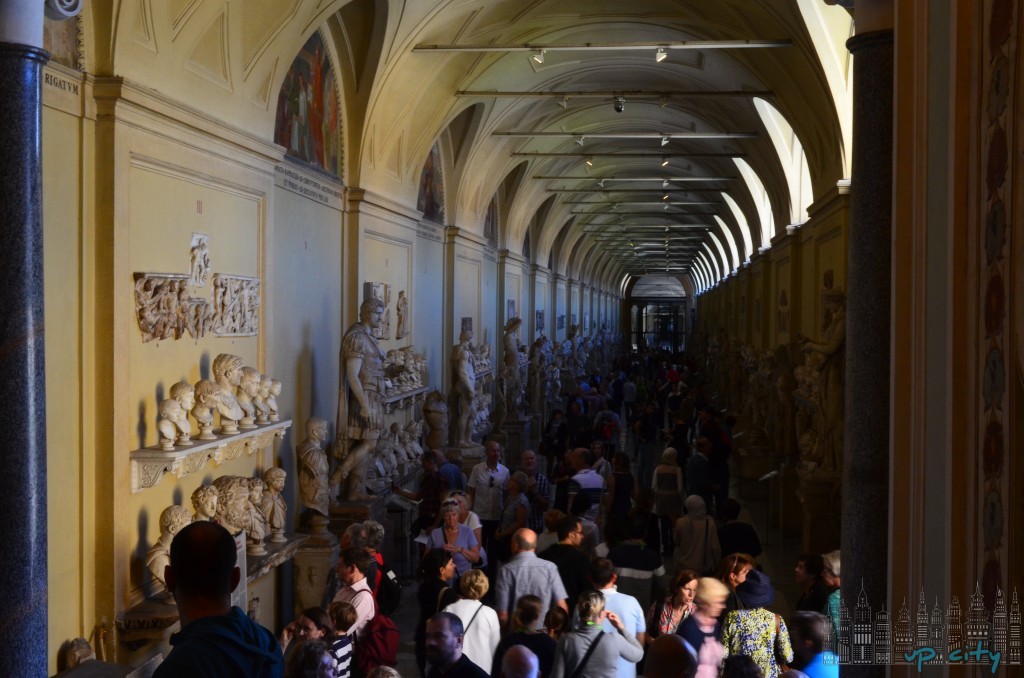 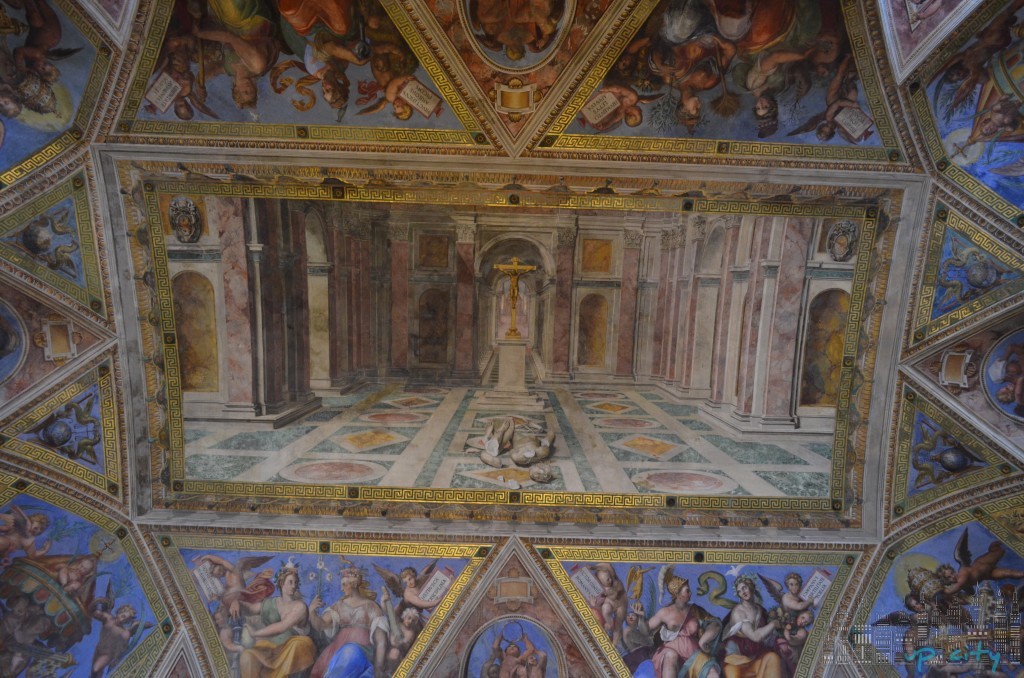 And the main event: Basilica San Pietro! Dont let the huge waiting lines and metal detectors deter you from going inside. 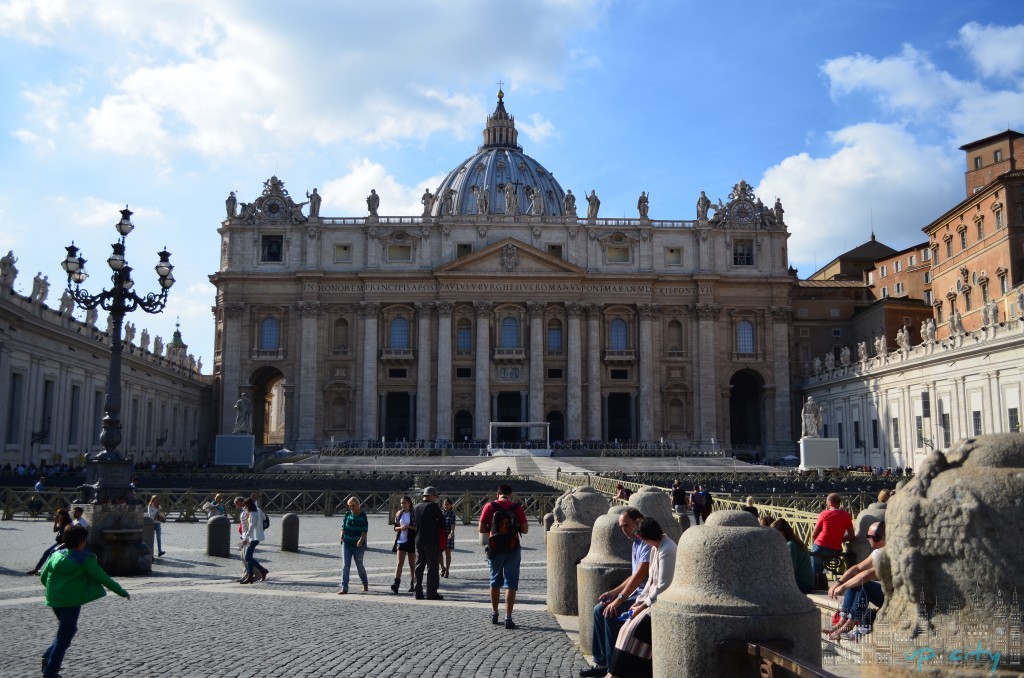 If the builders were trying to create something humbling, well… they did it! 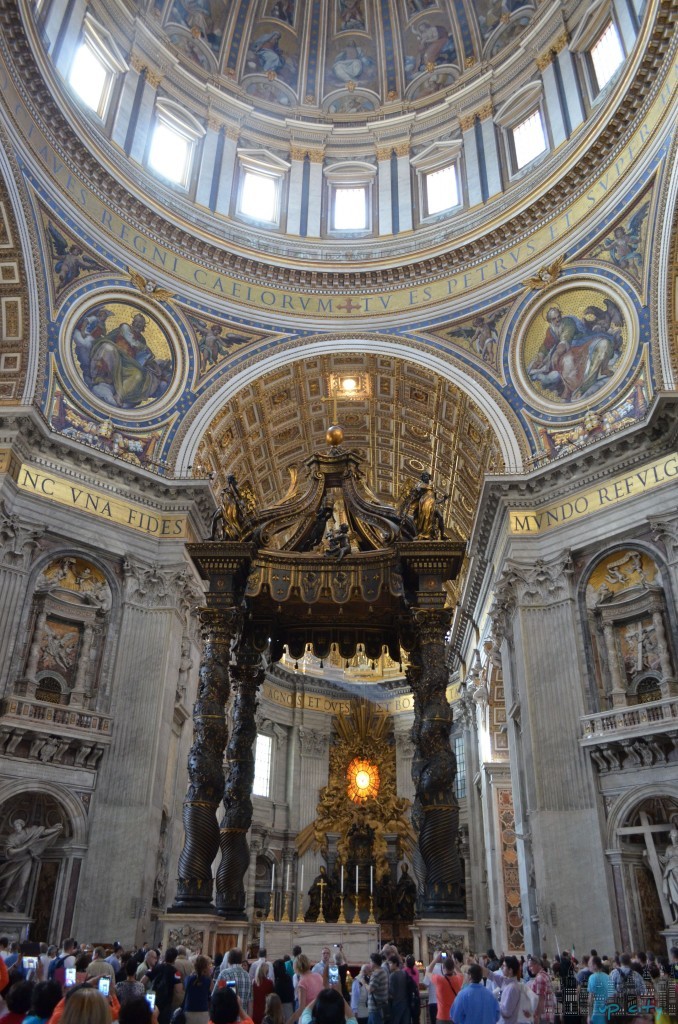 After you shake off the rigour of Vatican City, it’s time to enjoy more down to earth things, such as delicious Cannolis. The streets of downtown Rome are filled with pastry shops, caffes and pizza places. Choose the ones that have most signs in Italian, to avoid tourist traps. 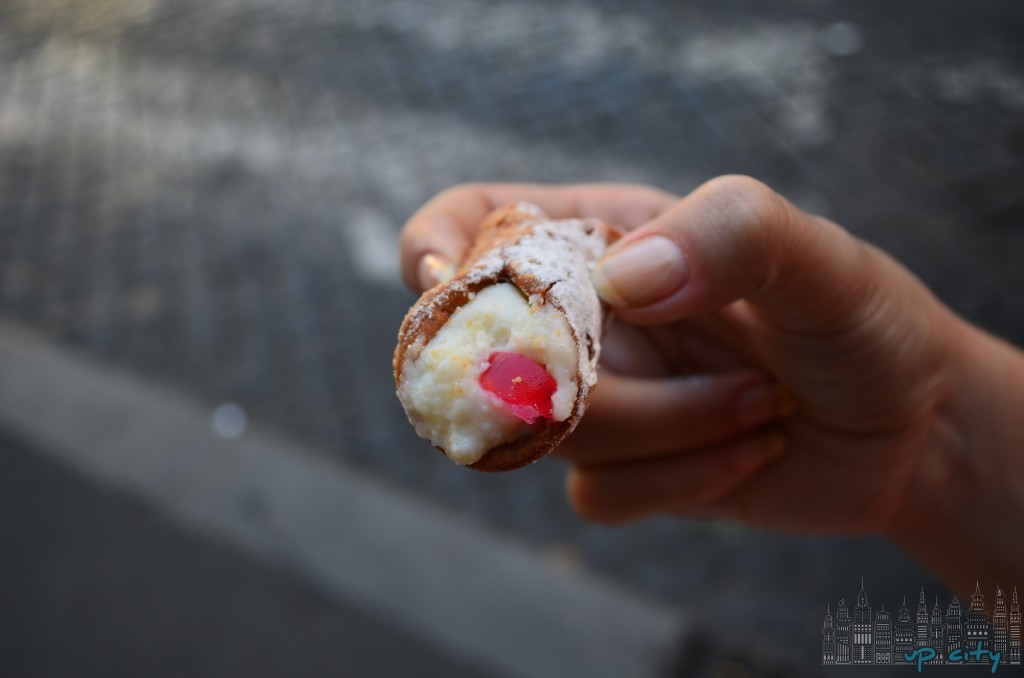 Fontana di Trevi is one of those places where you know you have to go but you dont really know why. You find it on the map when you decide to head towards it, you follow the GPS around the narrow streets, pass gellato shops and souvenir stands, take a left, take a right and suddenly, it’s right in front of you.

I wish I could have spent more time to understand this landmark. The crowds, with their iPads in the air and feet in the fountain, made us hurry along. 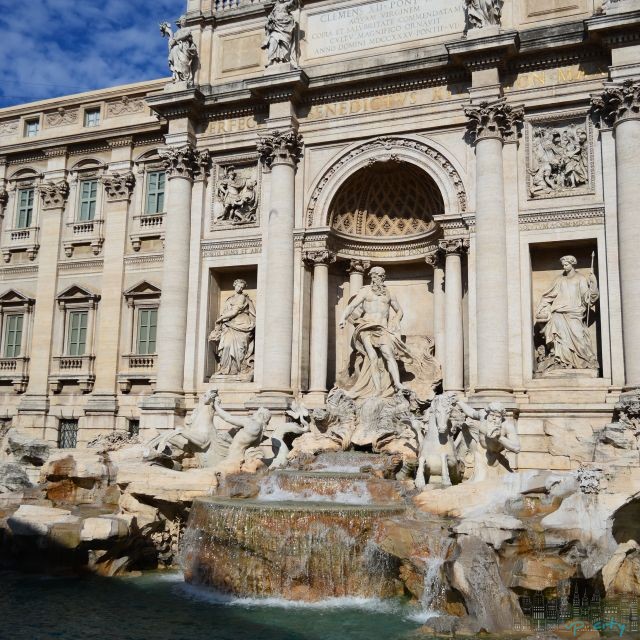 From the fountain to the Spanish Steps it’s a short walk and the open space is a welcomed sight. 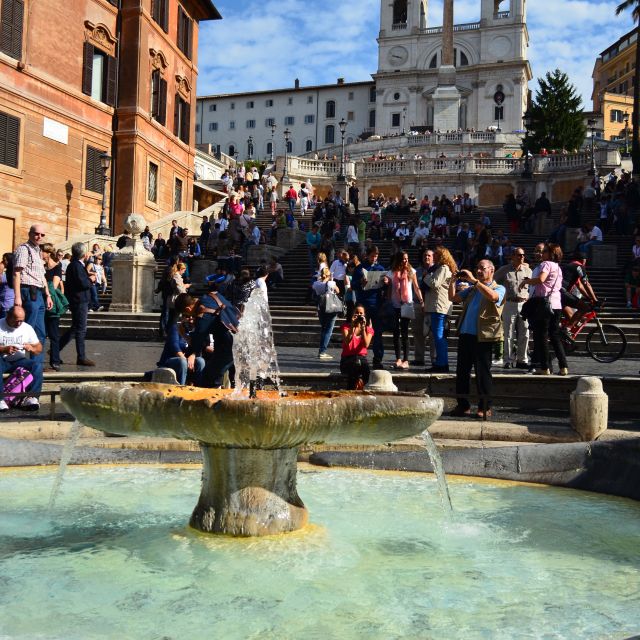 I think Rome has much more to offer if you get off the beaten path. The locals seem to have found the secret to happiness on their rooftops. 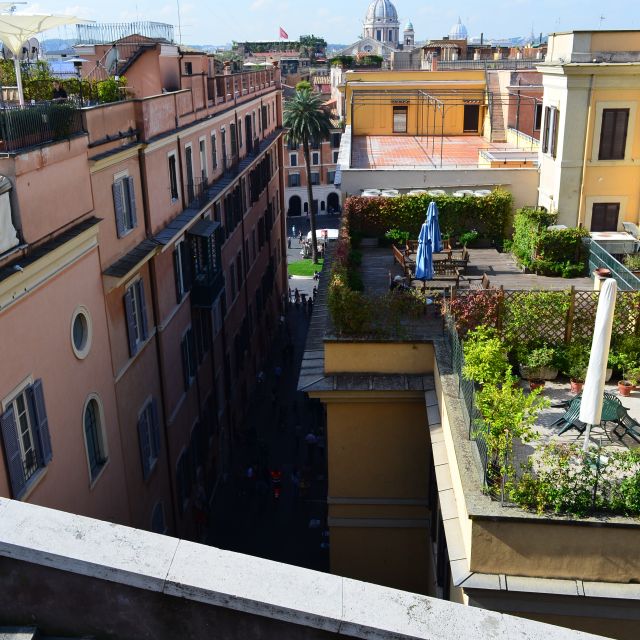 Castle Sant Angelo or Mausoleum of Hadrian is worth your time. The inside chambers  give you an insight into the secret lives of popes and the outside ledges give you the opportunity to see Rome unfold around you. 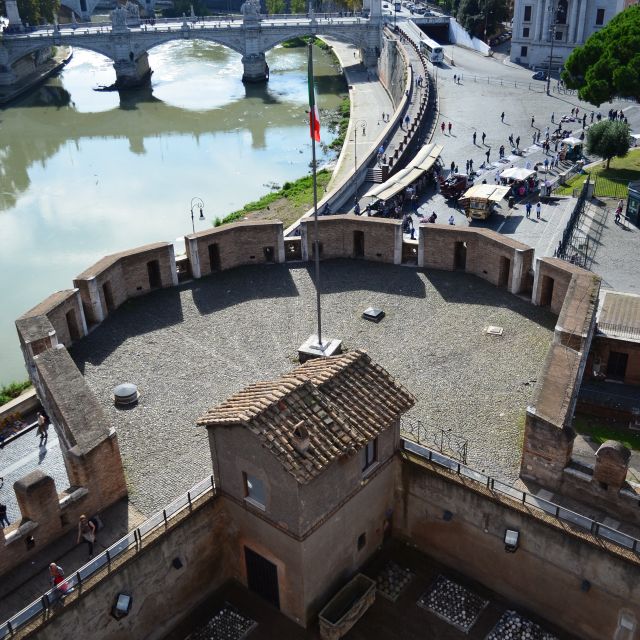 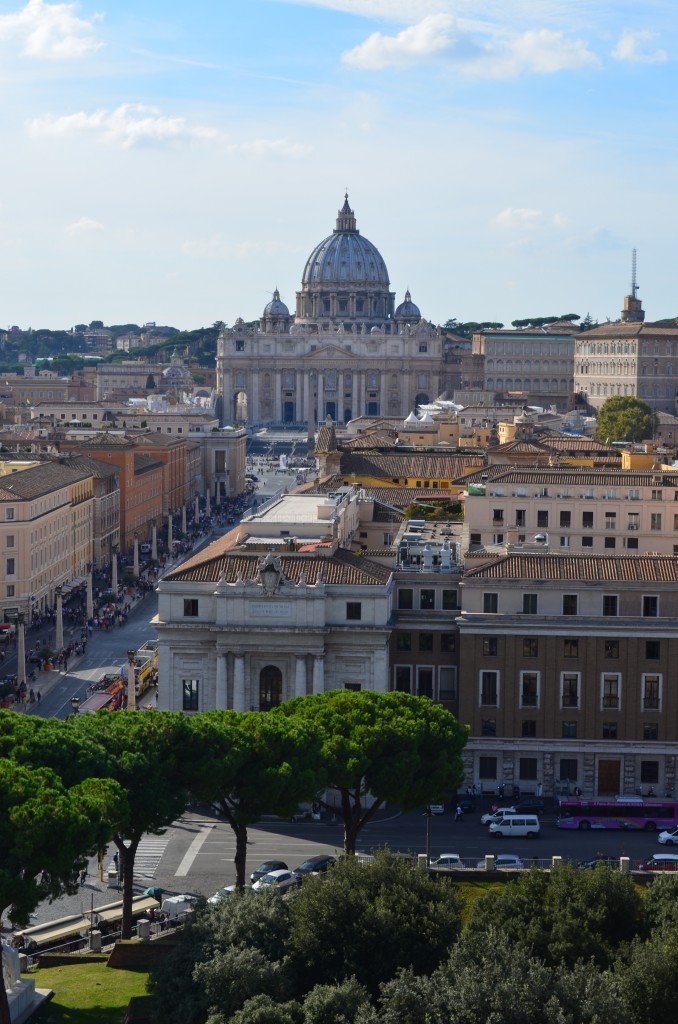 The Pantheon is one of the best preserved of all ancient Roman buildings. It’s almost un-real in it’s gigantic size but you can only understand why it’s still standing if you step inside.

Entry is possible between sermons(it’s currently being used as a Church  dedicated to St. Mary). Originally, the massive building belonged to all gods (Pan-every  Theon-god from Greek) which seems more appropriate than the restricted purpose it serves today. 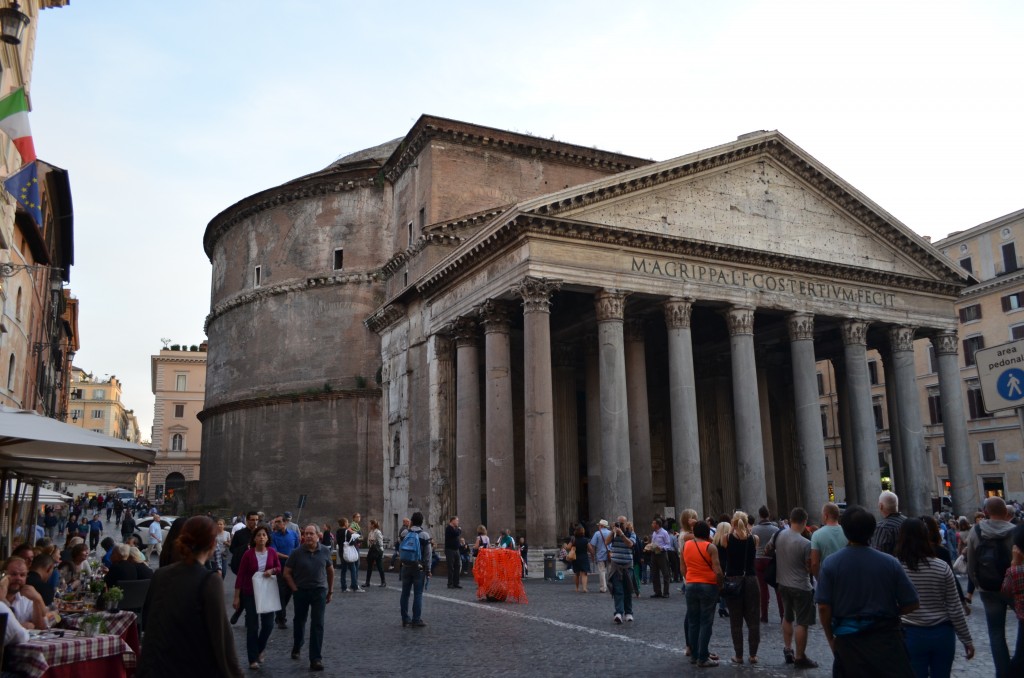 Rome has many parks but if I have to choose one, it would be the one surrounding Villa Pamphili. You can get some peace and quiet around the Casino, amongst manicured lawns and lush gardens alike. 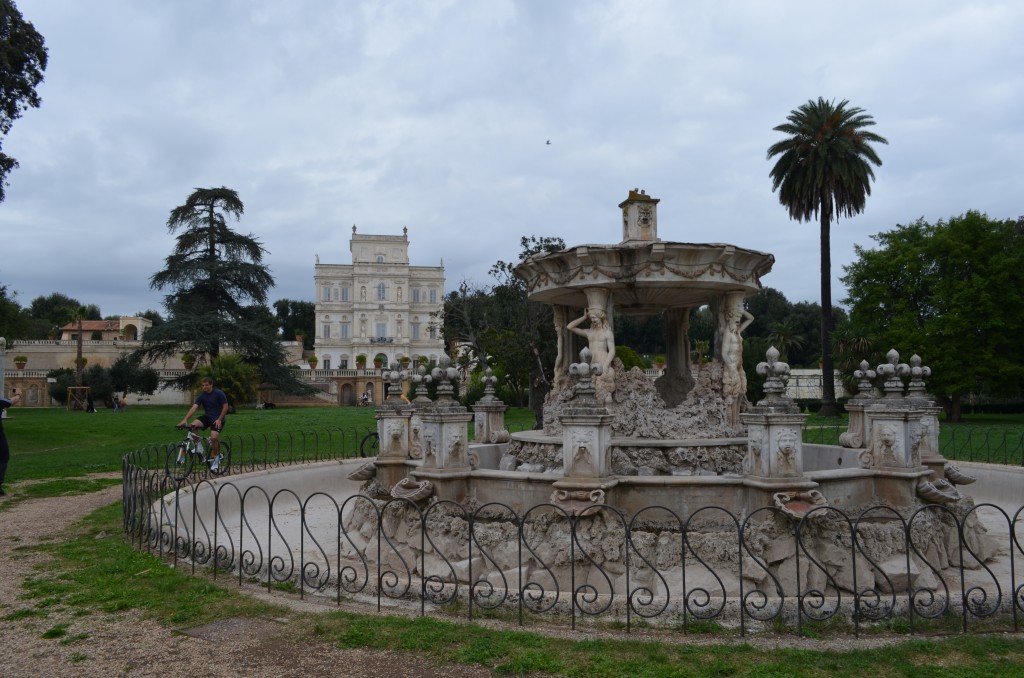 This is my favourite snapshot of Rome. We were walking down Via Garibaldi after seeing Pamphili Park and a wedding was taking place across the Paola Fountain. The car and the fountain go so well together although they belong to very different times. 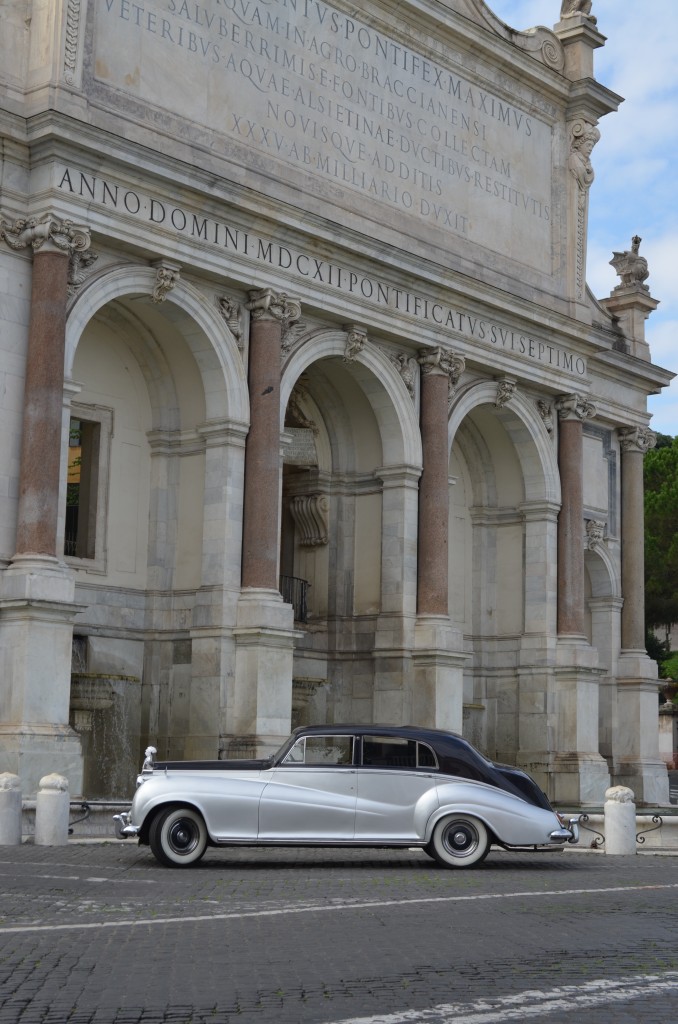